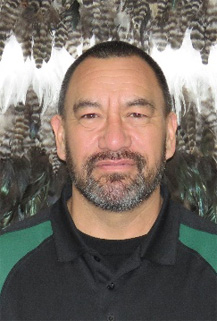 A survivor himself, Winton Ropiha has been on a recovery journey since he first connected with Tauawhi Men’s Centre’s counsellor and his mentor Tangi Hepi in 2010. Since that time, he was able to complete his diploma and later work as counsellor at Tauawhi after Tangi’s passing in 2013. Over this time Winton was able to learn Tangi’s unique models, which has helped him to fill a kete, in addition to his own lived experience, that he utilises to connect with the whanau he supports. Outside of work, Winton is known for his contribution as a ringa wera, supporting marae around the district. He is a father of 6 and grandfather to 13.