In 1991 in Christchurch a client asked his Counsellor how he could go about meeting other men who had experienced similar childhood trauma. Together they formed a peer support group and in 1997 members of that group registered Male Survivors of Sexual Abuse Trust (MSSAT) as a Charitable Trust. The following year ACC declined support for males abused by females – a stance that remained until 2004 when the law was changed.

In 2007 a New Zealand conference for male survivors celebrated the 10-year anniversary of the formation of MSSAT and the MSSAT Auckland (now Better Blokes Inc.) hosted its first peer support group meeting. In 2008 MSSAT Waikato (now Male Support Services Waikato) was established and MSSAT was invited for the first time to participate in discussions about sexual violence.

In 2012 MSSAT Wellington was formed and MSSAT Auckland extended its services to Northland (Whangarei). In this year the Journal of Child Abuse [UK] published its investigation based on MSSAT survivors’ experience. The following year MSSAT held its first National Hui, MSSAT Otago was established and the Male Room began to offer support services for male survivors in Nelson.

The second MSSAT National Hui was held in 2014, the same year that the a major report on MSSAT, commissioned by ACC, resulted in the Government approval of a package of $740,000 in sustainability funding for MSSAT organisations. The following year a third National Hui agreed to establish the national organisation – Male Survivors of Sexual Abuse, Aotearoa New Zealand [MSSAT Aotearoa].

In the Government’s Budget 2019, the allocation of $12m in funding over four years exclusively for the provision of peer support services for male survivors represented the culmination of a six year strategy to obtain sustainable funding for MSA and its member organisations. 2019 also witnessed the establishment of Male Survivors Bay of Plenty and the recognition of Male Survivors Wellington and MOSAIC (Wellington) as member organisations of MSA.

2020 will see the formation of three new member organisations in Tai Tokerau, Taranaki and Hawkes Bay – Gisborne, completing the establishment of a network of peer support services that will cover eleven regions of Aotearoa – a major step forward in the achievement of our ambition to provide “all male survivors of sexual abuse with access to a sustainable national network of appropriate, high quality support services”.

2020 will also witness the formation of a Rōpu Tautoko to launch Kia Mārire, MSA’s ‘Effectiveness with Māori’ strategy, which will underpin the establishment of our Northland service and enable and support our intentions to build more effective collaborations with Māori Kaupapa services across Aotearoa. 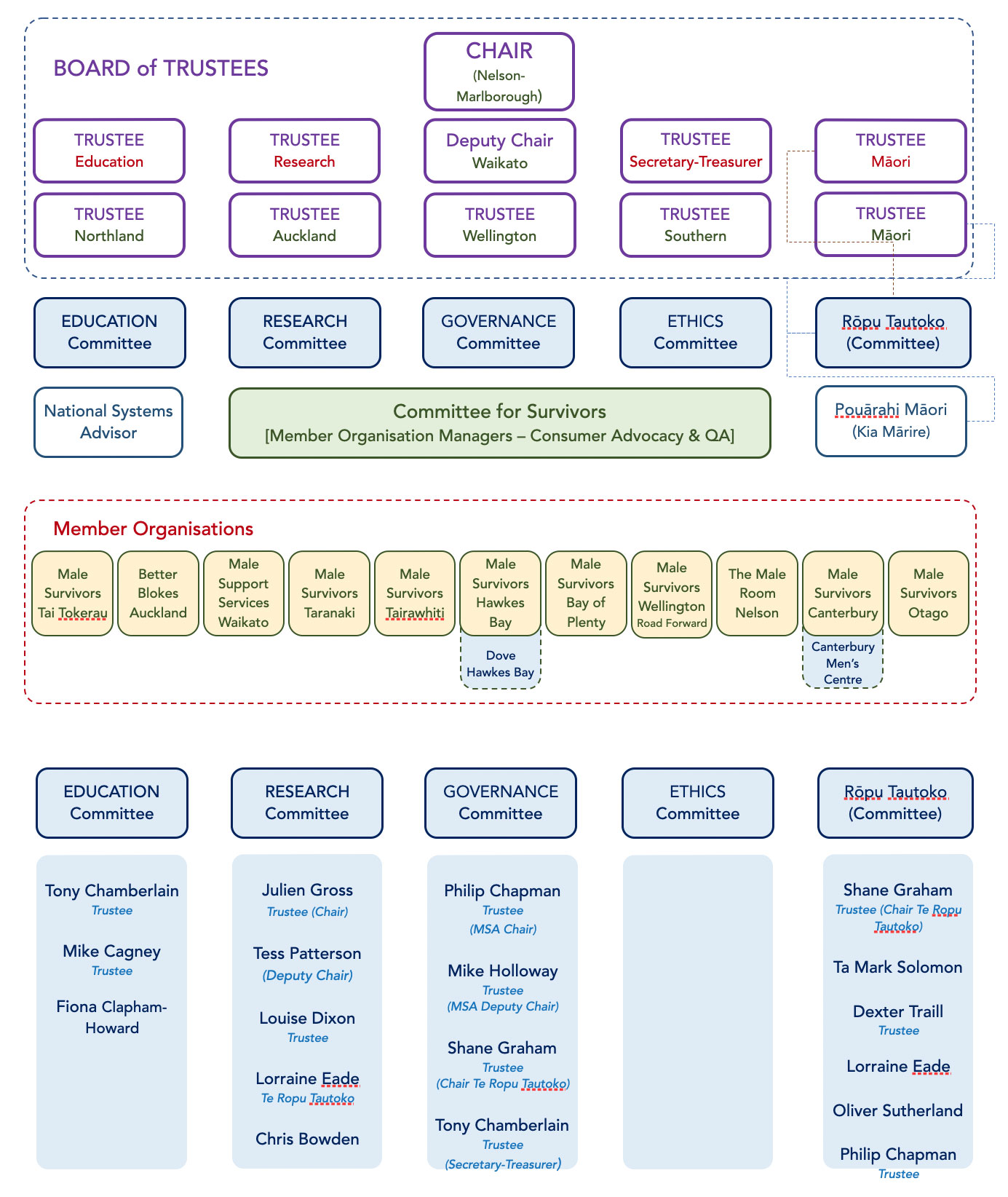 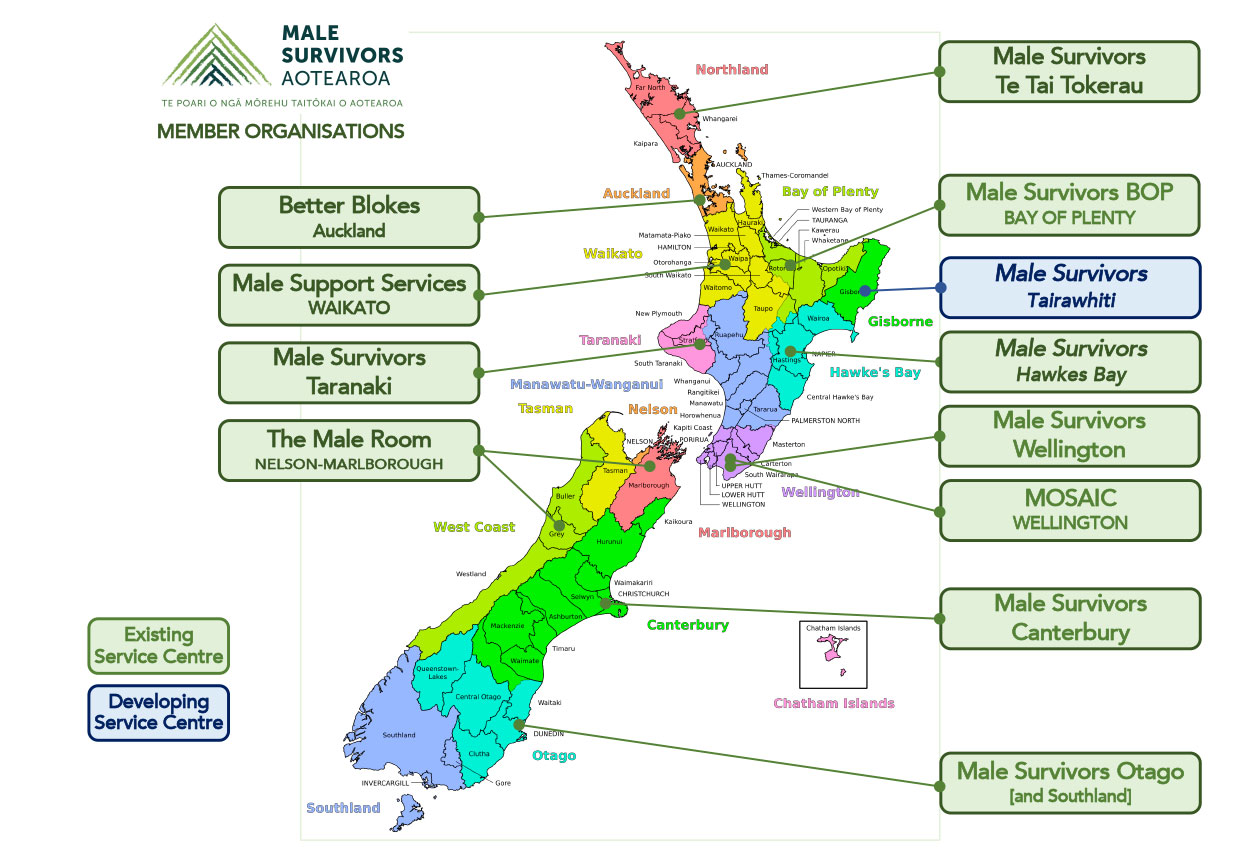 Subscribe to our newsletter for up to date news and events.

We send out newsletters only occasionally and we fully respect that your information always remains private.