Where was the judge? ‘Why didn’t you scream?’: Child sex abuse complainants face victim blaming, badgering in court

Children in sex assault trials are blamed for their own abuse, criticised for keeping secrets and repeatedly accused of lying by defence lawyers, causing extreme distress and undermining their ability to give evidence, a study has found. 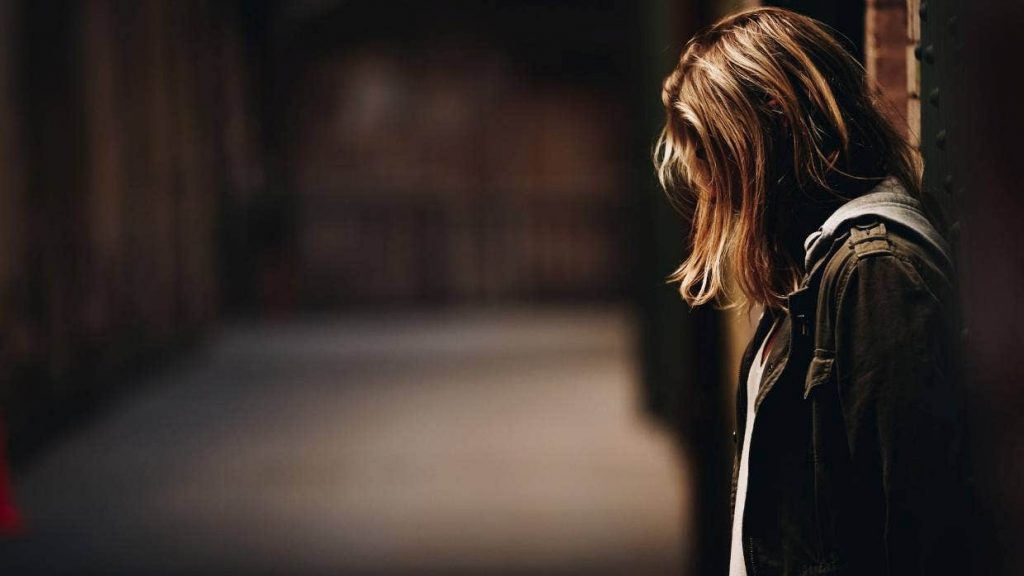 Judges either failed to stop such questioning or cut off inappropriate lines of cross-examination too late, trial transcripts revealed, despite the fact they worked in specialist sexual violence courts, and received extra training.

Fifteen child sex abuse trials were examined in the report ‘That’s a Lie’, commissioned by Chief Victims Adviser Kim McGregor after she received complaints from children and their families about cross-examination in the courts.

In one instance a defence lawyer asked a six-year-old girl, “did you like Poppa putting his finger in your [vagina]?”, before the judge intervened.

In another, a child was repeatedly questioned about why she didn’t complain about being abused sooner, with no judge intervention.

Lawyer: “So why on earth did you not go to your mum then and there … and say, ‘This man is abusing me?’”

Lawyer: “Well why didn’t you wait until she was home and go and see her?”

Child: “Because I thought it was my fault.”

The study is considered extremely valuable because it shows in black-and-white what actually happened in child abuse trials, which are usually closed to the public.

“We hear about this all the time. But no matter how many times I hear from families what goes on – and I have examples I will take to my grave – when I read these transcripts and what people are saying to children it makes my stomach fall to the floor,” said Kathryn McPhillips, the director of sexual abuse agency HELP.

“What is it about a society that thinks this is OK? What is it that stops a judge intervening? Why are we standing by?”

The study, written by Dr Isabel Randell, finds the way children are questioned relies on the use of misconceptions and stereotypes about sexual violence, including myths like, “real” victims complain straight away, or that children regularly lie about abuse.

Most of the questioning that included such myths focussed on the behaviour of the child complainants (ages ranged from 6 to 17) before, during and after the alleged offending.

Failing to tell someone straight away was a common example relied on by defence lawyers in arguing that the child’s version of events wasn’t plausible. The child continuing to have a relationship with the alleged abuser, or highlighting positive aspects of the relationship, was also used to cast doubt on the child’s story.

Many questions also centred on why children didn’t work to prevent the abuse, by locking doors or yelling out or preventing abusers coming to their homes if they knew abuse might occur.

In one example, a lawyer implies a child was wrong not to call for help when she was being assaulted:

Lawyer: “Wouldn’t you have been screaming out?”

Lawyer: “Right, were you doing that loudly?”

Child: “Not loud, but I was telling him.”

Lawyer: “You didn’t try and attract the attention of your sister in the other room?”

In another, a young complainant was asked more than 60 questions about why she opened the bathroom door to a man staying at her home if he had previously abused her. She was also asked why she decided to have a shower knowing the man was at the house.

Similarly, a six-year-old complainant was asked why she continued to return to the bach of her grandfather despite him abusing her.

Lawyer: “If you did not like Poppa putting his finger in your [vagina] in the bach why did you keep going back to the bach?”

Child: “’Cos he buys lollies and chewing gum and noodles.”

Further tactics included painting the young victims as emotional or delinquent, asking leading questions and painting a narrative that was untrue, and repeatedly accusing the children of lying.

Criminal law academic Paulette Benton-Greig, from Waikato University, said while an accused person was entitled to run a defence that the accusations were untrue, repeated accusations of lying achieved little for the jury.

“The intent of challenging the evidence here isn’t to test truthfulness, but do undermine the witness by drawing on misconceptions about the prevalence of false accusations, or the precociousness of young adolescents,” she said. “Badgering won’t make a liar confess, but it will feed the idea that false accusations are common.”

Such cross-examination might even harm the evidence, the study said. Research has found that allegations of lying may increase distress, impede concentration, interfere with participation in questioning, and risk a young complainant becoming “erroneously compliant and suggestible.”

The study said that meant the quality of evidence the jury was getting to base their decisions on was inherently flawed.

“If the judge allows the lawyer to run that question the jury will think that’s a legitimate challenge. They don’t realise it’s not OK,” McPhillips said. “If it looks like the lawyer has won the battle, the jury will assume the complainant’s evidence is faulty. That’s bad for victims and for justice.”

McGregor said the study proved New Zealand urgently needed to address the way children were being cross-examined. She suggested providing communication assistance to defence lawyers to help ask questions of children in an age appropriate way.

“We know that in Western Australia, for example, they’ve been pre-recording cross-examination since 1992 with very few recalls of children who have to give testimony,” McGregor said. “Both the defence and prosecution have said they find it helpful.”

Some of those changes were under consideration in the Sexual Violence Legislation Bill, which continues its passage through in Parliament today.

Defence lawyers have opposed parts of the bill, such as pre-recorded cross-examination and the ability for judges to direct juries on misconceptions about sexual violence, arguing it will impact fair trial rights.

Justice Minister Kris Faafoi said the experiences captured in the report were not acceptable. He said the bill would “go a long way” to addressing the issues identified.

“The duty for judges to intervene in improper questioning and the ability to access communication assistance will also be of significant benefit for children,” Faafoi said.

“Children are some of the most vulnerable people in the courts system and we need to do better to ensure they are not re-traumatised.”

Child sex abuse: Myth vs fact, according to the report

Fact: Child sexual abuse is prevalent in Aotearoa, reported to have been experienced by around one in four females and one in ten males.

Fact: False complaints are rare, occurring in an estimated 4 per cent of cases.

Myth: Children will report abuse immediately/delay in disclosure is uncommon.

Fact: Delays in disclosure are common with many young people who have experienced abuse not disclosing to anyone during childhood.

Myth: If a child is asked directly about sexual abuse, they will readily disclose.

Fact: Delays in disclosure are common with many young people who have experienced abuse not disclosing to anyone during childhood.

Myth: An abused child will call for help or try to escape.

Fact: Rather than a sudden, immediately traumatic occurrence, most sexual abuse involves a gradual “grooming” process in which the perpetrator gains the child’s trust and manipulates them into participating.

Myth: An abused child will feel negatively towards and attempt to avoid the perpetrator following abuse.

Fact: Grooming behaviour, in addition to the power differential between children and adults, may contribute to a child’s lack of fear or avoidance of the perpetrator, and initial perceptions of abuse as non-aversive or as reflecting special attention or love.

Sexual violence: Where to get help

If you or someone you know is in a dangerous situation, click the Shielded icon at the bottom of this website to contact Women’s Refuge in a safe and anonymous way without it being traced in your browser history. If you’re in our app, visit the mobile website here to access Shielded.

By Kirsty Johnson
Published in Stuff