Thirty years on from the first time he was raped, Sam Troth regularly wakes up at night crying and with cold sweats. But after three years of counselling, the Waihi father of six is more than halfway through his mission of walking across New Zealand encouraging other men to speak about sexual violence. 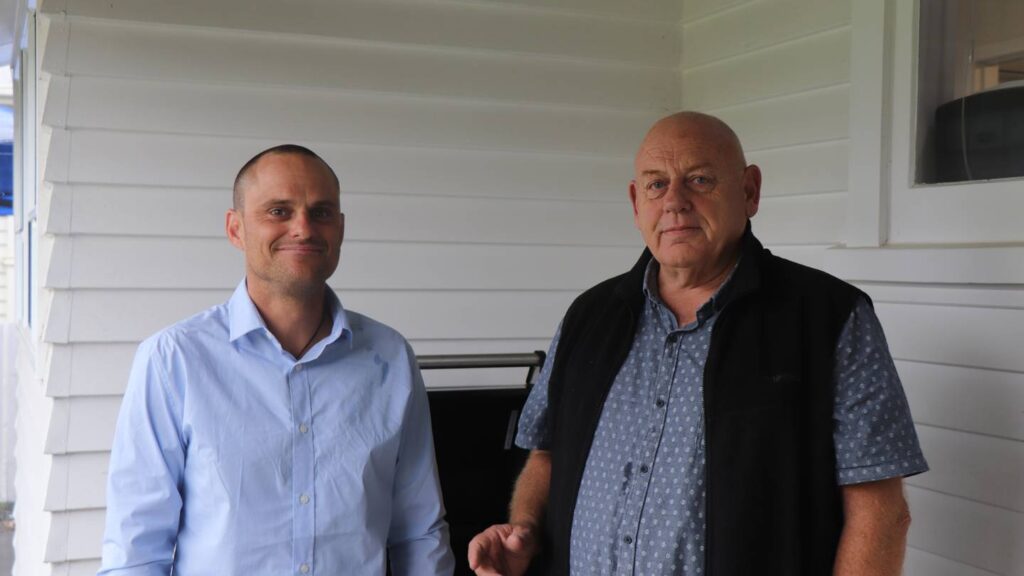 Troth, 39, shared his story with other men during a barbecue on Friday at Male Survivors Bay of Plenty – a place where he receives regular counselling support.

His mission to walk the length of the country started in Bluff on October 24, eager to generate conversations about male sexual violence and show others his vulnerable side. He expected to finish the walk in Cape Reinga on December 30.

“I am owning my past and saying it’s okay. And it’s a good feeling because it’s helping other people do the same.”

Since embarking on the walk he had been receiving daily messages from men across the country opening up about their own experiences. Some were asking where they could get help and others commending him for opening up, he said.

Through this, Troth has learned the importance of males speaking up to help “break the cycle” of sexual violence.

“If we don’t talk about it it’s just going to keep going on and on. The perpetrator’s most powerful tool is our silence, that’s what helps them continue to do it,” he said.

“Awareness and education are extremely important. If it’s happening to someone they need to know it’s not just them and it’s not shameful. Without these conversations, we don’t even know it’s a problem.”

Troth was raped repeatedly between the age of 9 and 13 by a man known to his family.

The “confusion, shame and embarrassment” he felt at the time meant he did not tell his parents until five years later.

He said he “was not in a good place at all” in his younger years, doing a stint in prison and struggling with ongoing drug and alcohol addiction.

Since having children, Troth, a trained carpenter, said he had dealt with a failed business, negative work relationships and tough situations at home.

“No matter how hard you try nothing works. There is always something that blocks you from succeeding – everything feels like a slog,” he said.

“Trauma plays itself out in relationships every day. A lot of people don’t realise how much of an effect it has on you. It’s a horrible thing to live with especially when you are not dealing with it.”

The decision to seek professional help came about after Troth reached “breaking point” in 2019 saying he had “deeply contemplated suicide and was ready to take action on that”.

“I knew that I either needed to address it or I was going to tap out. Without professional help it eats you away.”

He was diagnosed with severe anxiety and post-traumatic stress disorder. Through ongoing counselling, he had come to “accept and deal” with his past and learn tools to help control triggering thoughts.

“Even with professional help I still have night terrors a couple of times a week. I wake up with cold sweats, I wake up crying. Sights, smells and sounds will freak me out. They are not going to go away and they never will. It’s about learning to live with them.

“You can’t change what’s happened in the past. You can only learn to accept and deal with it and put in place things to not let it control your life.”

Troth’s message to other survivors was to reach out for help, break the cycle and speak up.

“No one is going to judge you. The sooner you sort it out, the better.”

Troth’s counsellor Bruce Montgomery, from Male Survivors Bay of Plenty, said there was a “huge stigma” around men opening up about sexual, physical and emotional abuse.

“It’s in our DNA not to speak up against that stuff. There is all this social stigma around it.”

Montgomery had seen 90 clients from across the Bay of Plenty – ranging in age from 14 to 83 – since starting in the role two and a half years ago. But he knew there were more out there and wanted to raise the profile of the free service.

“At times it has been despairing because how do we get traction about promoting this service for men? The crippling thing around abuse is the shame. It is just so debilitating that some men just pull back into themselves,” he said.

“The more men that can open up and talk about what is going on for them the better they are going to be for themselves and their whānau.”

For more information about the service visit malesurvivorbop.nz or contact 027 271 8898.

Where to get help:
If it’s an emergency and you feel that you or someone else is at risk, call 111.
• If you’ve ever experienced sexual assault or abuse and need to talk to someone call the confidential crisis helpline Safe to Talk on 0800 044 334 or text 4334. (available 24/7)
• Male Survivors Aotearoa offers a range of confidential support at centres across New Zealand – find your closest one here.
• Mosaic – Tiaki Tangata: 0800 94 22 94 (available 11am-8pm)
• Alternatively contact your local police station – click here for a list.
If you have been abused, remember it’s not your fault.