John's* life has been blighted by the sexual abuse he suffered at the hands of his Catholic school principal.

Forty years on, he is having to appeal to the Marist Brothers for redress, the very institution who employed the perpetrator.

John was shut out of the investigation before being offered a compensation figure he describes as insulting and an impersonal “computer-generated” apology letter. 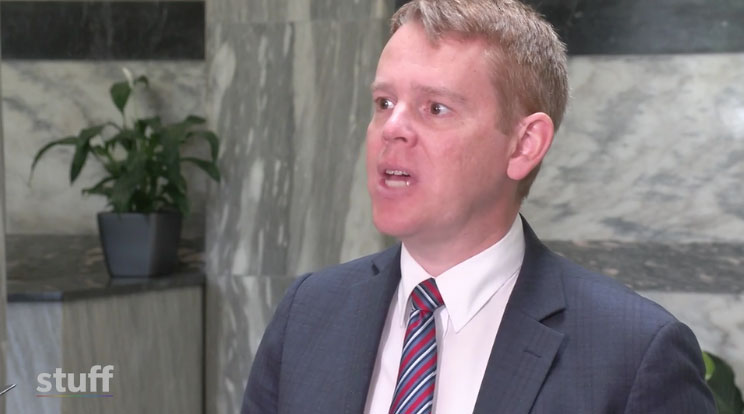 His fight for redress continues.

Now, a network for survivors of abuse in faith-based care is calling on the Government to create a new independent entity that would receive sexual abuse complaints, investigate and award redress.

John was about 12 years old in the early 1980s when he attended Xavier Intermediate school in Christchurch.

Then the rapes started, and they continued for two years.

Giles would use his office, leaving his cane on the desk as a threat. He also raped John in a room at the nearby Cathedral.

Sometimes John would wet himself at school through fear of the attacks. He became alienated from his classmates.

At one point John’s devout father came across him crying. John explained that Giles was doing things to him that were wrong.

His father responded: “A man of the cloth would never do anything wrong. I don’t want to hear about this ever again.”

John’s relationship with his father changed from that point on. He told Stuff his father stopped taking him on fishing trips and even his hugs were different.

The abuse only stopped when John left the school and its effects were long-lasting. It destroyed his education and ruined relationships later in life.

Over the years things would trigger memories of the abuse – a Coronation Street episode dealing with sexual abuse, for example. This would cause his mood to be low, and he’d have sleepless nights.

“My whole demeanour was anger.”

In 2019, John’s father died. “I was always gutted I couldn’t get things right with my dad.”

His marriage was also in trouble. One day John broke down and told his wife about the abuse. “I knew that it would either make us or break us.”

His wife was hugely supportive and wrote an email to the Catholic Church’s National Office of Standards.

John says: “I was looking for answers. I wanted to know: Were others abused? How could this happen? How was it allowed to happen?”

There was an investigation, a report which was not shared with John and eventually an apology letter from a Marist Brother he had never met.

“There was no professionalism in it … It brought it all back, and they didn’t have a lot of empathy.”

He has since met other survivors of Giles’ abuse and takes phone calls day or night, whenever they need to talk.

John has turned down two offers of compensation and has now engaged a lawyer. His battle for redress continues.

He told Stuff the process has been re-traumaitising as he has been forced to reckon with the very body who hired Giles, promoted him to a position of power and kept him there.

Advocates for survivors want this situation to change. They say allowing the organisation to investigate itself and deciding compensation is fundamentally wrong.

They are asking the Government to create a new commission that would receive complaints of abuse in state and faith-based care, independently investigate them and award compensation packages if they are upheld.

As well as money, that could include a full apology, counselling and ongoing health, education and housing support.

Dr Murray Heasley and Liz Tonks from the Network for Survivors of Abuse in Faith-based Institutions say a commission would ensure both those who carried out the abuse, and the institutions that enabled it to happen, are held to account.

It would have an auditing and reporting responsibility to ensure the abuse of children did not continue.

The network, which represents about 100 survivors, and their whānau, says the entity would have similar powers to the Commerce Commission. It could access records and refer complaints to the police for further investigation and prosecution.

“We’ve got a Commerce Commission that keeps an eye on corporates … They receive complaints and investigate them … They can fine them, do all sorts of things to require them to address it. We don’t have the equivalent for children in care in institutions,” says Tonks.

The commission would operate a compensation fund, backed by the Government, but the group also sees room for religious organisations to be required to pay for abuse that happened under their watch, as an incentive to ensure abuse and cover-ups do not continue.

The commission could then actively investigate if others in the institution at the same time were also abused.

Tonks and Heasley say many of the survivors have waited decades for redress and face hurdles from ACC and laws that require civil claims to be filed within a set timeframe.

That situation is made worse when survivors are forced to approach the very institutions that employed their abuser and in some cases covered up the abuse and prevented the perpetrator from being held to account.

“Each of the faith based institutions have their own horror systems in place and all of them are retraumatizing,” says Heasley.

They are held behind closed doors and remain unaccountable.

“The similar theme across all the ministries and the churches is one of protection of reputation and assets.”

He says the current systems have left survivors of sexual abuse statistically over-represented in poverty, prison, mental health and other poor health outcomes.

He worries what will happen once the Royal Commission of inquiry into Abuse in Care turns in its final report.

“If we don’t have one state entity for people in institutional care who were abused, we’ll lose all the pressure on institutions, and they will go back to their wicked ways … We won’t know whether we’re addressing the problem or not because there will be no oversight from one body who has the power to audit, monitor and enquire.”

An independent, survivor-focused, entity has support from survivors spoken to by Stuff, including State-abuse survivor Keith Wiffin.

Wiffin was beaten and sexually abused at Epuni Boys home as a 10-year-old.

He was forced into a lengthy legal battle with the Ministry of Social Development and the Crown before being awarded redress and given an apology.

He says the current process is fundamentally wrong. It is designed to protect the institution and its reputation, while setting the survivor up as the enemy who is not to be believed.

“The system gives them the opportunity to take advantage of vulnerable people, sometimes in desperate situations, offer them paltry and sometimes insulting amounts of compensation.”

He says payments being offered to survivors of serious abuse, whose lives are in tatters, are often between $10,000 and $20,000.

He hopes a new entity would go far further than only money and instead offer a “well-being package” that could include addressing housing, health, education and counselling.

Wiffin says it is also important to survivors that the organisation – whether faith-based or state – be held accountable.

He says the Royal Commission of Inquiry into Abuse in Care has shown that child abuse is second only to the breaches of Te Tiriti o Waitangi.

“If an independent entity isn’t set up, it would be a waste of taxpayers money that we have gone through this … This is one of the things that must flow from this inquiry. We must have change, we can’t just have a little bit of tinkering.”

Internal Affairs minister Jan Tinetti had no comment to make on the network’s proposal.

“The Government knows that change is needed to how redress is thought about and delivered, and has committed to implementing an effective response to the findings and recommendations of the Royal Commission.”

Exactly what those changes will look like will not be known until December when the Royal Commission’s report on redress processes will be made public.

The Marist Brothers and the Catholic Church declined to be interviewed. In a statement Catherine Fyfe, chairwoman of the group coordinating the Catholic engagement with the Royal Commission, Te Rōpū Tautoko, said the church supports an independent redress body “in principle”.

“Church leaders have asked the commission for detail on how this body might be structured and function. However, they have not yet been provided with any information as to what the Commission may recommend in the expected Redress Report.”