Artistic fragments of a childhood filled with trauma and frequent sexual abuse are on display at Square Edge in a bid to encourage others to ask for help. 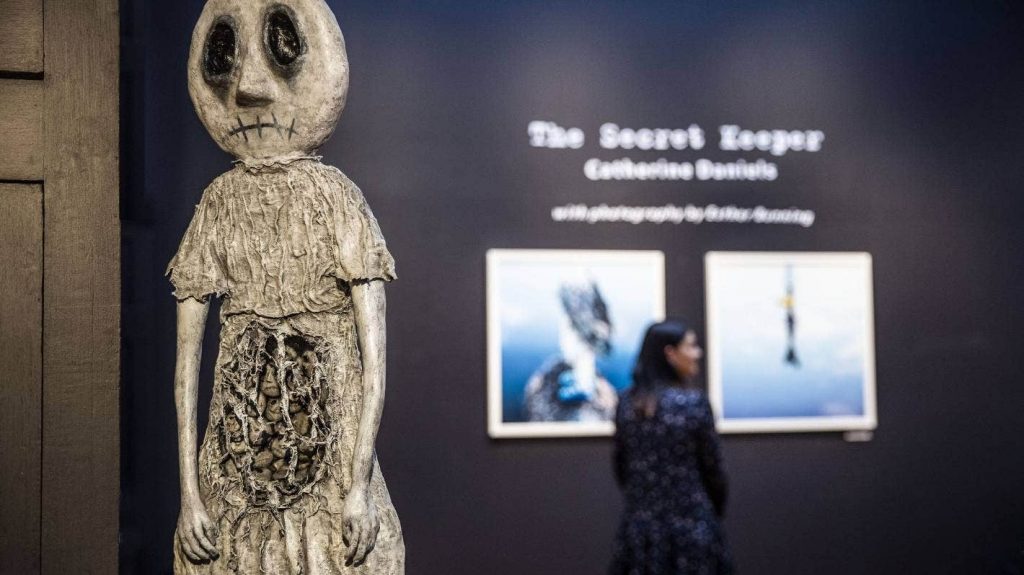 Catherine Daniels’ experiences were channelled into 49 sculptures and a book, that she hopes will resonate with people and foster conversation.

Daniels purposely created the sculptures with minimal features, to allow her audience to project their own experiences onto them.

They have no hair or facial features, so people can look at them and see themselves looking back.

“The main reason I did it was to start that conversation. Secrets make you sick, that’s what does the damage,” she said.

Each one portrayed a part of her childhood, and the book used metaphors to explain the lingering emotions.

Daniels said this was the story of lots of children who were abused. She made some sculptures life-sized to show this.

“Children this size are abused.”

She was spending each day in the Square Edge Community Arts gallery, talking to visitors and answering questions.

Ninety per cent of people who came in to look at the exhibition had something to say about their own personal journey.

“People have opened up and told their own stories. It makes it worth it. The girls [sculptures] are doing their job.

“The people that have been sexually abused can relate, and those who can’t can have that empathy, and for the odd one that has abused someone, they might see the damage they have done.”

She said it was hard to say goodnight to sculptures when she left the gallery at night.

“I miss them, they have been in my studio for the last five years with me.”

The project started when Daniels began writing as way of dealing with ruminating thought. The idea was to turn them into something tangible that she could see, touch and feel.

“It makes it easier to deal with and pull apart.”

One day, she didn’t feel able to write, and started to sculpt.

She was self-taught and created one every few weeks, as the ideas came to her.

“Once I started I knew it was an important piece. They had a story they needed to tell.”

She said despite the fact the exhibition was on display, she was still on a journey to manage her mental wellbeing, and that would be ongoing for life.

“The representations are Catherine’s effort to make sense of, and accept, her internal reality.

“This, along with other adaptive and helpful strategies, is her path to healing.”

The goal was for the exhibition to tour New Zealand, and not just at galleries but in small empty shops throughout rural New Zealand.

Daniels was also hoping to turn the artwork into a book for 7 to 12-year-olds that could help them talk about their emotions.

She said she would not have been able to do this without the incredible support of friends and family, as well as Tangerine Publishing, photographer Esther Bunning and Terry Hann who created a video that is also on display.

The exhibition is on until April 4 at Square Edge Community Arts. People can buy the book online.

Where to get help:

By Rachel Moore
Published in Stuff