One in six Australian university students say they have been sexually harassed. How can this be stopped?

Rates of sexual harassment and assault at Australian universities have been revealed in a new report, as the sector pledges more action. 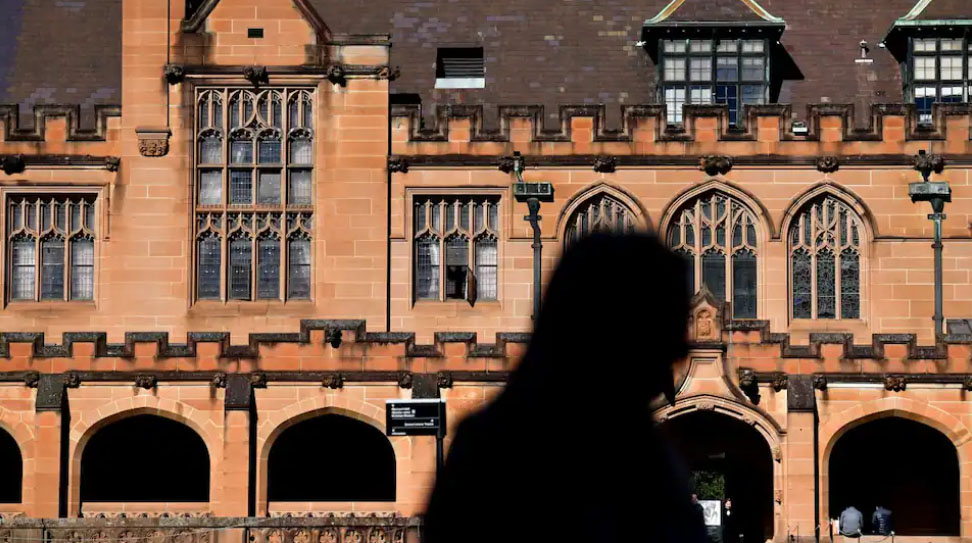 This article contains references to sexual harassment and sexual assault.

Australian university students have shared harrowing stories of sexual harassment and assault in a damning new report that shows the prevalence of these incidents at institutions across the country.

The 2021 National Student Safety Survey, undertaken by The Social Research Centre, asked students — studying both on- and off-campus — from 38 Australian universities about their experiences.

One in 12 students experienced sexual harassment in a university setting in the past 12 months, but the report notes many opted or were required to study from home during the COVID-19 pandemic, thus reducing opportunities for in-person perpetration or witnessing of sexual harassment and sexual assault.

More than half of survey respondents were undertaking all of their classes online when the survey was taken during September and October 2021.

One in 90 had been sexually assaulted over this period, with higher rates reported among transgender, non-binary, and female students when compared with males.

Incidents ranged from catcalling, sexualised comments or commentary and escalated to unwanted touching, stalking and rape, the report says.

Student accommodation or residences were often locations for incidents, but they also happened off-campus and the shift to remote learning led to increased online harassment.

Half of the respondents knew nothing or very little about the formal reporting process for harassment or assault.

‘I have not attended an academic seminar on my campus since’

Monita (not her real name) was among 1,835 students who shared their stories.

She was attending an off-campus camp, where first years like her were supervised by students on the committee of the society that organised the event.

On her third day at the camp, she was told by people in her dorm that she had been sexually assaulted by a peer following a night of drinking games.

She said she “didn’t recall the night at all” and was only informed of the offence through “second-hand account”.

This was “despite having camp ‘parents’ who were there to ensure all the camp participants were ok,” she said.

“On the same camp a year later, I was put in a position of protecting my female ‘kids’ from unwanted sexual advanced from an older, male committee member who had a reputation for going for first-year students,” she said.

Zara (not her real name) is an international student, and during her time on campus was harassed repeatedly by a non-academic university staff member.

She said they sent her unwanted text messages that commented on her appearance and referenced stereotypes about women from her home country.

Zara said she raised the issue with her school’s head of department.

She said she felt unsupported by her university after being told to block the accused’s phone number and “asked to no longer attend school seminars or social events” as no one could guarantee her safety.

“This occurred over two years ago and since then I have not attended an academic seminar on my campus,” she said.

What action should be taken?

Ms Jackson said the UA was “very disappointed” that results had not improved to the degree they’d hoped for following a 2016 survey, and the group and members would be taking a ‘targeted approach’ to drive sexual harassment and assault rates down.

“So we’ll be targeting our efforts very keenly on those approaches that do work… but every university will be releasing their individual results and their individual approaches, all making a really concerted effort to get rates of assault and harassment down,” she said.

She said they would also focus on assisting students to come forward and seek support.

“There needs to be a commitment to changing university policies and practices, ensuring mandatory training and orientation programs for all staff and students as well as creating strong reporting mechanisms and appropriate responses to substantiated allegations,” she said in a statement.

“It’s also essential that survivors have access to the specialist supports they need to not only deal with the immediate trauma, but also to recover from that trauma in order to succeed at university and beyond.”

At the University of Tasmania, almost 17 per cent of students surveyed reported experiencing sexual harassment in a university context since starting their studies.

As part of efforts to prevent and better respond to sexual assault and sexual harassment, the Tasmania University Student Association (TUSA) said different language community groups need to be consulted.

“Language is absolutely a massive part of this when we’ve got international students joining our community; when we’ve got people that come from non-English speaking backgrounds,” Ms Crothers said.

“TUSA has already started to reach out to our equity-based clubs and societies to talk to them about how we can involve their group and their voice into the decisions that are being made.”

“I am deeply sorry to every single university student who has experienced sexual harassment or sexual assault, who has a friend, family member or loved one who has,” he said in a video statement on Wednesday.

“I’m sorry for what you endured. I’m sorry for how that may have affected your relationships, your mental health, your studies and your life.”

With additional reporting by AAP.