The single act of learning to ride a horse has changed the life of Eythan Rosel of Waikuku Beach. 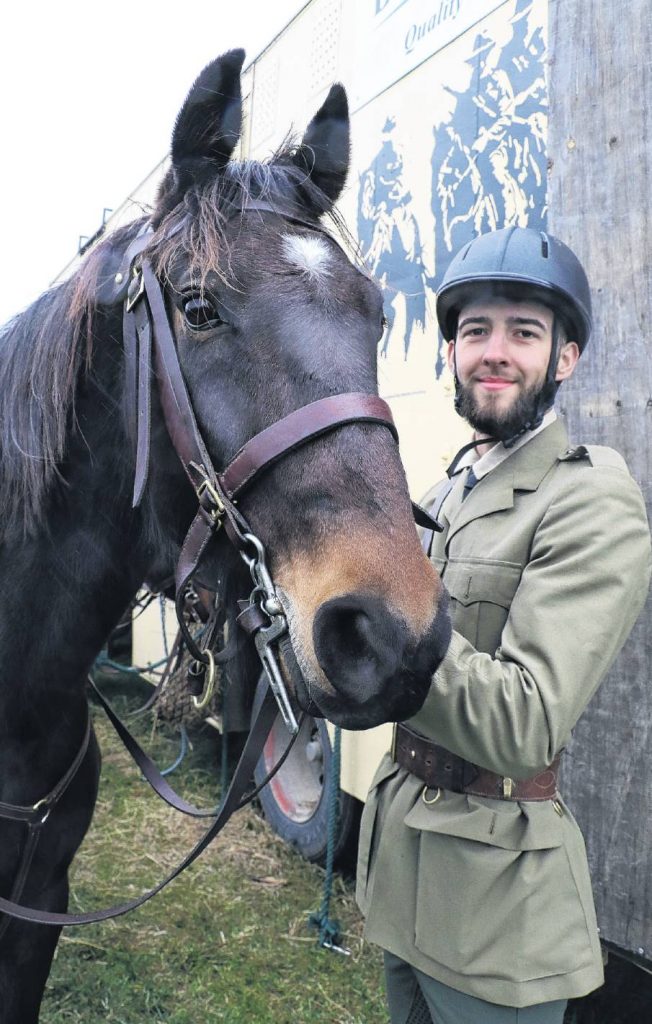 “Learning how to form a bond with an animal, to trust them and to learn how to care for them has really changed my life for the better,” said 20 year›old Eythan.

“Horses reflect how you feel and when I was referred to Terry Kingi’s Australian and New Zealand Army Corps Mounted Trust’s rehab equine programme three years ago by my dad, I was not in a good place as a teenager.”

Eythan says he was initially scared of horses but the programme showed him how to understand animals, how to ride safely and how to approach life with a lot more confidence.

This new confidence and the life skills he has learnt with the Trust has allowed him to complete an apprenticeship as a line man.

“I would never have believed I could do it three years ago and look at me now, it’s all thanks to Terry and the guys at the Trust,” he says.

One of his many highlights was taking part in Anzac Day parades.

“I was riding to represent the fallen soldiers, and it was very emotional for me doing that, I felt so proud to be there riding on a horse.”

Eythan still travels up to St James Station near Hanmer Springs most weekends to help the trust and help deliver its riding programmes.

The Anzac Mounts Equine Rehab Unit equine therapy programme is a new and innovative approach torelax, expand, and to encourage enough interest for participants to step outside their comfort zones and challenge themselves with something new, different and interesting.

It’s aimed at men and older boys suffering mental difficulties, especially those suffering from Post Traumatic Stress Disorder (PTSD) from having served in the Military.

Foundation Trustee Terry Kingi says the innovative programme was successfully trialled overseas and works by participants taking responsibility for the care of a trusting horse (a big animal) and building a bond based on trust, touch, care and respect.

“Those participating in the programme are stepping away from a passive position to a much stronger place where they are controlling their own destiny.

“For the thousands of years horses and men have worked in unison and this has saved both the men and horses mental health, creating a special bond that has been recognised to aid both.

“When we get the young lads into horse riding, we love to see the huge smiles they produce after just a short time in the saddle.

“They grow in leaps and bounds, and have lots of fun doing something they never thought they would ever get the chance to do, and for me that is best reward ever!”

Terry says the culmination of the participants efforts and the continued support by numerous agencies over the past 12 months, led to a display team entered into Pegasus Adult Riding Club’s 40›year celebration ribbon day at the Rangiora Showgrounds on Sunday.

“Taking the time to teach modern horsemanship, and applying it to the well being of the future of the team, has strengthen the Trust’s resolve to continue their work,” says Terry.