Māori abused in state care have spoken about the violent environments they were placed in as children, and how embracing their Māoritanga, their cultural identity, has helped them on their healing journey. 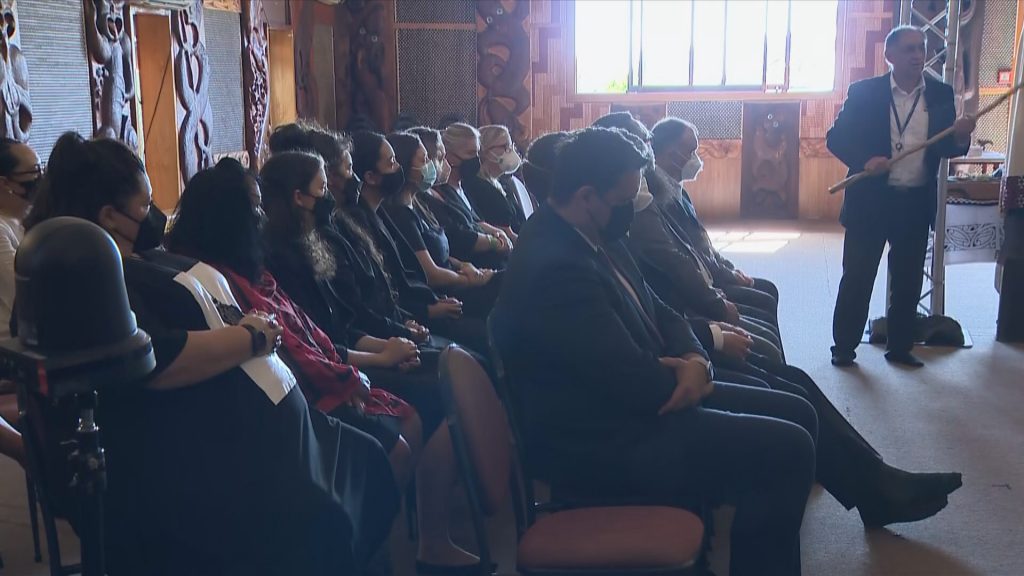 Friday was the fifth day in a hearing for Māori survivors in Auckland as part of the ongoing Royal Commission of Inquiry into abuse in state and faith-based care.

The Royal Commission heard from one survivor, Te Aroha (Ngāpuhi, Waikato Tainui), who went into care at the age of 10 because of abuse at home.

The inquiry heard how she was placed in various foster homes and other state care institutions where she experienced sexual assault and was neglected by social workers.

Te Aroha told the Royal Commission she had no support system, and no one to talk to about her experiences, which meant her childhood was spent in an endless cycle of fight or flight, and being punished by her carers for “causing trouble”.

These events subsequently caused her to suffer post-traumatic stress disorder and saw her disconnected from her Māoritanga.

“I would have been different if I had have had a social worker, a counsellor, everything and anything to do with rape cases and be able to look at that in a tikanga Māori way. But that was not available. So I can only say that now.”

She spent two years at Fareham House in the Wairarapa, a state-run home, where she would often be locked up in a room for multiple days as a result of her fighting or running away.

The inquiry heard how she would have no blankets or pillows, and all her clothes would be taken off her. She also said there was “zero education” available to those in the home.

Now in her 50s, Te Aroha said re-connecting with te ao Māori, and gaining an education had helped her through.

“My world was black and white because I suffered from post-traumatic stress, but now the words on a piece of paper just colour my world. Now I’m able to express the words properly and understand what it means,” she said.

Te Aroha said as an adult, learning that her Māoritanga wasn’t lost, but always remained within her, was life-affirming.

“I’m still going through what I am going through psychologically today and I’m trying to change it ever so slightly, whatever it is I need to change, I’m doing it the way I know how. And that’s all a part of connecting back to the ngahere, Tangaroa, back to Mother Earth, sky father, back to te ao Māori, where I was supposed to be before that middle part of my life happened.”

The Royal Commission heard from the whānau of another survivor, Kuini Karanui (Te Rarawa) on Friday. Whaea Kuini died at the end of 2021, but had wished to share her experience in person.

Though she was grounded in te ao Māori as a child, Whaea Kuini was sent into care at the age of 11 for being a truant.

The inquiry heard how she was sexually abused in two of the three homes she was placed in, was disconnected from her whānau and, like Te Aroha, her Māoritanga.

Her story was told by her mokopuna Tracey Karanui-Golf and daughter, Susie Falwasser.

“I speak today on behalf of my whānau to share my nanny’s pūrākau with you and for the Crown to listen. My nanny wanted to share her pūrākau, so that they would learn that aroha, whānau and whenua must come before all else,” Karanui-Golf told the Royal Commission.

Whaea Kuini was truant at school, Karanui-Golf said, because she was sent to a native school where te reo Māori wasn’t allowed, and saw her beaten for speaking it. She was also sexually abused by a person in her life.

In 1946 the state became involved and offered her a “different way of life” in foster care. She said her nanny felt tricked by the state, and that they had made out foster care would be an amazing new opportunity for her.

Whaea Kuini left state care at 17, after getting back in touch with her whānau. As an adult, the inquiry heard how she had dedicated her life to ensuring other tamariki would not experience what she had and went on to care for many herself.

In a statement written by Whaea Kuini before her death, and read by Karanui-Golf to the inquiry, she urged that if the system were to change, Māori did in fact have the solutions to take care of themselves.

“Tika, pono and aroha, are views that were instilled in me at a young age. And through those values I knew that Māori had the solutions and capabilities to care for their own tamariki but we need the support and guidance because of the system.”

The hearing is based at Ōrākei Marae and will continue into next week.

By Samantha Worthington
Published in One News