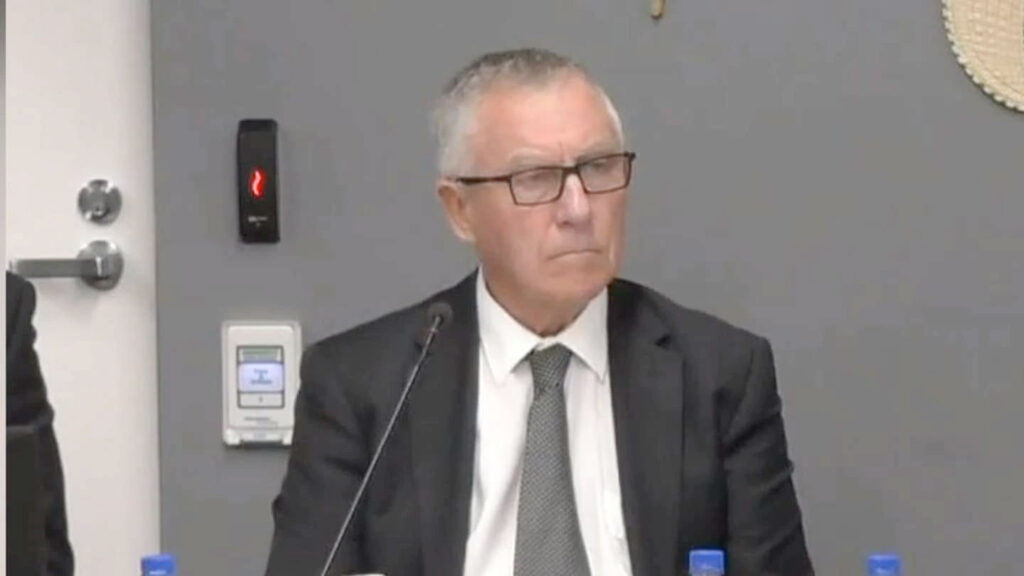 Photo: Royal Commission of Inquiry into Abuse in Care

It will also ask all Catholic institutions to audit their buildings, portraits and prizes in an apparent bid to prevent the honouring of alleged or confirmed abusers.

The church’s leaders today outlined a series of commitments they would make in response to an ongoing inquiry into abuse in state care and religious institutions.

The Royal Commission of Inquiry concluded public hearings in October and is expected to produce a final report in June.

Catholic leaders said survivors did not want the church to wait for the Government response to the inquiry.

“We have heard and listened to survivors telling us they want us to change now,” said Cardinal John Dew, the head of the church in New Zealand, and Congregational Leaders Conference president Father Thomas Rouse.

Bishops and congregational leaders of the church made 10 commitments to victims of abuse.

They included supporting an independent entity for survivors to report abuse and seek redress, expediting or establishing reviews of the church’s existing safety and redress systems, and a requirement that school boards regularly report any inappropriate behaviour to proprietors.

The church’s leaders said they also supported a proposal for mandatory reporting of allegations of abuse in relation to children, young people or vulnerable people – while acknowledging that “significant work” was required as to how, when and to whom reports of abuse were made.

Exemptions would need to be made in some cases to protect legal, confessional or therapeutic privilege, the church said.

Mandatory reporting has been promoted by several survivor groups including SNAP (Survivors Network of those Abused by Priests) and a group of victims from Dilworth School, who wanted the Government to introduce legislation similar to jurisdictions in Australia and the United States.

The Catholic Church’s existing policy is to advise complainants or their parents to report criminal conduct by clergy or Catholic staff to police. The church may also report allegations directly to police if it felt others were at risk.

However, submitters to the Royal Commission said the church often investigated itself, minimised abuse, rarely punished abusers, and on some occasions told complainants not to go to police.

SNAP said in a statement that the church’s proposals lacked credibility and had upset survivors.

“For Catholic Church leaders to say they support mandatory reporting “but with exceptions” is simply a contradiction because mandatory reporting means there must be no “legal, confessional, and therapeutic privilege,” – only respect for privacy at the sole request of the victim or survivor,” the group said.

SNAP also said that survivors were yet to see any substantial changes in the way the Catholic Church responded to abuse complaints.

“In fact, sadly, survivor evidence demonstrates continued denial and cover-up, diversion, a lack of accountability and no openness or transparency around process.”

The church also committed today to ask schools and Catholic organisations to audit any “buildings, prizes or honorifics” which had been named after Catholic bishops, clergy, religious staff or lay people, including publicly-displayed photos and portraits.

The request came after victims of abuse from St Patrick’s Silverstream complained that their abusers still had portraits on the walls of the prestigious school in Wellington.

The school had previously removed a portrait of former rector Father Francis Durning, who was accused of sexual abuse by multiple victims. The school’s proprietors initially said there was insufficient evidence to remove other portraits of alleged abusers, before deciding to take them down late last year. It has also blacked out the names of abusers on an honours board.

Dew and Rouse said in a statement: “We acknowledge that the abuse of people in the care of the Church is real and the failures of Church leaders in responding to reports are real.

“The impacts of these are present today; for survivors, their whānau, for faith communities, and for society. This is not just an exercise in looking backwards. We look forwards. We will continue to improve safeguarding in all aspects of church life. There is not, and will not be, any tolerance for abuse in the Church.

They added: “It is our expectation and requirement that every person working in the Church, paid or voluntary, will adhere to the policies and procedures that have been established to foster a culture of safeguarding and support of survivors.”

Liz Tonks, from the Network of Survivors of Abuse in Faith-Based Institutions, said survivors had long been calling for the church to support an independent entity for reporting of abuse, redress and monitoring of safeguards.

“We are really pleased that they have come out and given public support to this,” she said.

However, the group felt the church needed to immediately act on historical abuse which was already known about.

“Our contention is that any person who has reported to police, to the church, to the Royal Commission and who hasn’t had fair and appropriate redress should already have received it – enough learning has been done.”

Report presented to the Governor-General by the Royal Commission of Inquiry into Historical Abuse in State Care and in the Care of Faith-based Institutions.