A group of 28 men have come forward to share their stories of sexual abuse in order to help others.

A group of 28 men have come forward to share their stories of sexual abuse in order to help others.

The stories are part of The Bristlecone Project and Hopeful Horizons exhibition on at Koru on Devon in New Plymouth. 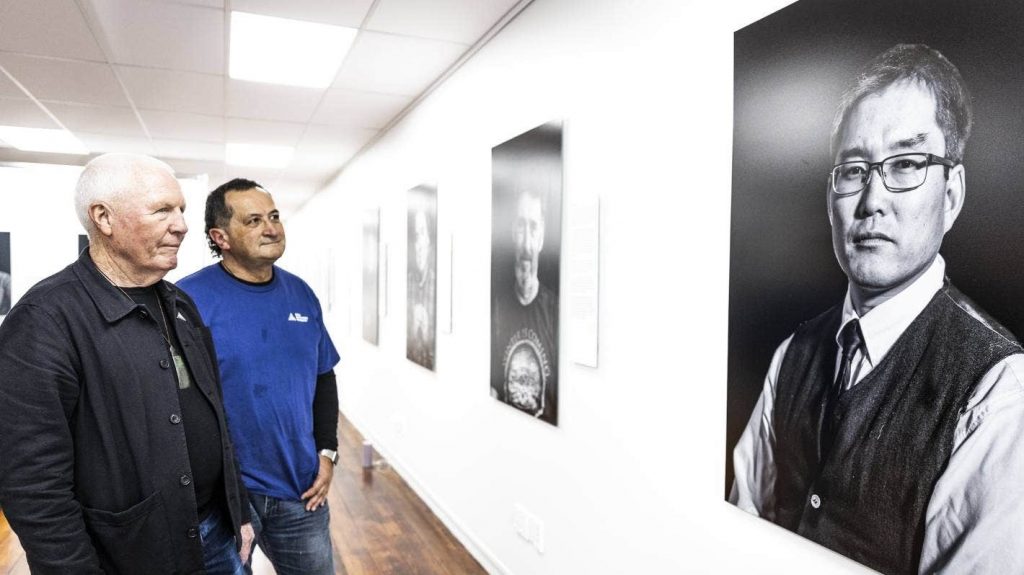 It features stories like that of Shane Fox, who was abused when he was just seven years old, and Don Ballard, who was just 10 years old.

“The whole point of the show is to actually raise awareness, which is actually really low about this sort of stuff,” Tony Chamberlain, who sits on the national board for Male Survivors Aotearoa and brought the exhibition to New Plymouth, said.

The photos were all taken by David Lisak, a US clinical psychologist who is the vice chair of 1in6, a not for profit organisation helping men who have had unwanted or abusive sexual experiences live healthier, happier lives.

“It’s also about putting examples up for other survivors of people who have found their way through,” Chamberlain said.

“This is peer support, you’re being helped by people who have experienced this themselves.”

Chamberlain said they were trying to ensure they didn’t diminish the focus on male sexual violence against females but wanted to acknowledge that this is also a problem.

The Taranaki branch of Male Survivors was started by Mike Subritzky nearly two years ago.

Since then, they have grown and been able to help 40 men and bring social worker Marion Mauga on board.

“Some people will come along and just sit their and say, I’m here, Mike and we don’t see them for a while, but others have rocked up and said, I need your support, I’ve got no one else to turn to.”

Subritzky said having Mauga on board was a huge win as he was a survivor himself so understood what the men were going through.

Mauga met Subritzky by chance at a hui in South Taranaki.

“And then Mike picked up the phone and called me to come and be a social worker and it was something that triggered a lot of memories, traumatic memories, and I felt like this was my calling to be in this space.

“But also I take this really personally, because it has helped me a lot with my healing process.”

Hopeful Horizons is on at Koru on Devon Gallery, 15 Devon Street West, Wednesday to Sunday 10am to 3pm until September 25.

By Stephanie Ockhuysen
Published in Stuff